I love wildlife – I encourage people to make their gardens as accessible as possible to a wide range of creatures, large and small.  But some of them really aren’t all that welcome in my garden at least.

I think we must see our gardens as part of the food chain whether we like it or not.  Starting at the bottom, aphids are the pest most people love to hate.  I haven’t used a proprietary insecticide for years and on bad years when the blue tits, ladybirds and lacewings can’t keep on top of them, I go around squishing them on the flowering tips of my roses, and more importantly, on the Lupins.  This is where the giant grey lupin aphids gather in their millions and seem to be off limits to predators in my garden.  I credit Ben Ranyard from Higgledy garden for this rather fine image.  It does look like his ladybirds are enjoying the feast but in my experience, they get there, have a look and then flee! 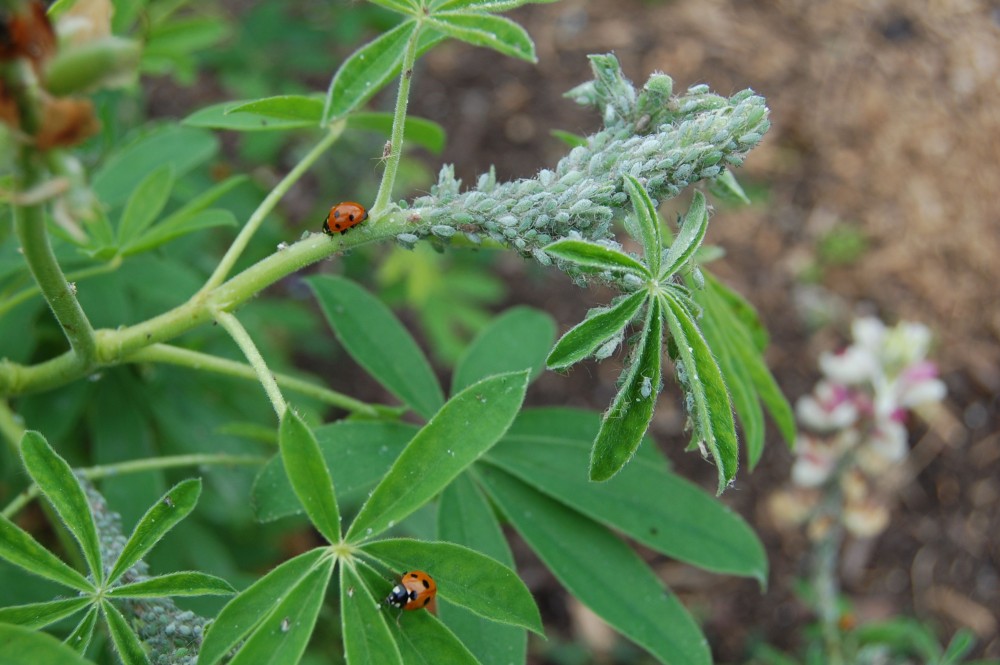 They can kill the host plant in a matter of weeks or at the very least reduce it to a sticky, sad mess of floppy stems and wilted flowers.  A bit of diluted washing up liquid sprayed in a fine mist will do a good job at killing those it hits but you have to re-apply regularly to make a dent in the population.  I have almost stopped growing Lupins now, because of them which is a shame as they are providers of useful early summer height and colour.

Next is the slippery slug and snail dilemma.  Everyone knows hedgehogs eat them, thrushes love snails, Indian runner ducks are apparently brilliant at keeping them at bay without destroying the borders but my dogs would have a field day with those!  I’ve tried various methods of control without having to resort to the regular slug pellets.  Those with ferric phosphate in them which are not toxic to other animals are a safer bet than the regular type which I wouldn’t touch, but I don’t know how effective they are.    I’ve tried picking the snails off my Hostas and feeding them to my hens but they are wary of them.   Nematodes are proven to be efficient in small areas on slugs but not snails, but if you have a large garden it would be all but impossible to keep them under control with this method.  I love the  Slug Gone pellets made from the dags found on the back end of sheep.  These work well when they are freshly laid as they make a felty mat which irritates the gastropod’s foot.  I’ve realised that after a while, though,  the manure in them causes the plants to grow well and their leaves get bigger and create bridges over the pellets and the slippery little suckers gain access to the plant again so you have to keep re-applying a fresh and larger layer.  In the end, I pick them off and take them in a bucket as far away as possible and deposit them (if I’m feeling benevolent and not belligerent) as apparently they have a homing instinct and can come back from 100m away! Otherwise, they end up under my boot when nobody’s looking!

We do have hedgehogs although I see less and less evidence of them every year as we also have badgers.  Not everyone knows that the two don’t live in harmony and a badger’s favourite meal is the soft inside of our prickly friend.  I’ve found more than one skin neatly parked in our garden.

Rabbits! Anyone would think this was Watership Down!  They are a menace as they dig little scrapes around the roots of all my shrubs, normally newly planted, and expose them to the air.  I spend a lot of time covering them back up again.  I also won’t be getting any crocuses this year as they’ve dug all those up.  If I planted six varieties of six plants one day, they would spend the next six nights sampling each variety, one at a time.  It is very frustrating.  They do also have a go at toxic plants like Aconitum which probably doesn’t do them any good at all – maybe they die before they tell the next generation not to try it! 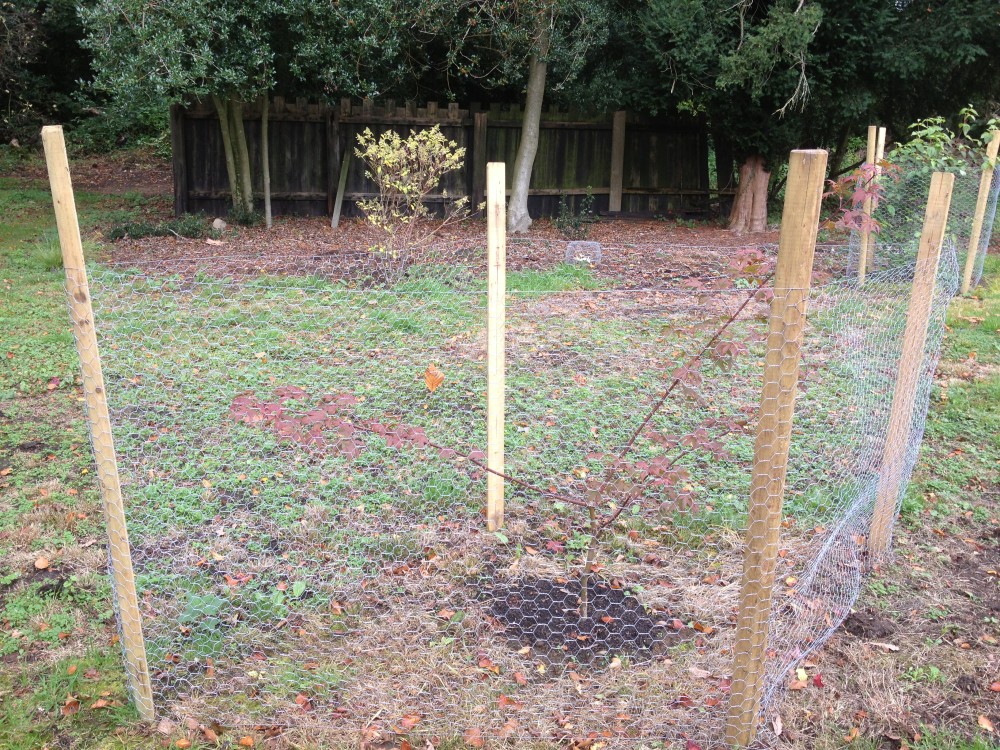 Dear deer!  I adore seeing them as they are so pretty and dainty but boy are they as annoying as the rabbits in a higher up sort of way.  All my shrubs get pruned regularly, whether they need it or not, and trees have bark scraped off as they scratch their antlers.  I have resorted to building a play pen out of chicken wire and solid posts round each newly planted tree or shrub so they can’t get at them.  The slight disadvantage of these is that I can’t get at them either so the weeds can build up at their base – I must re-think the design. 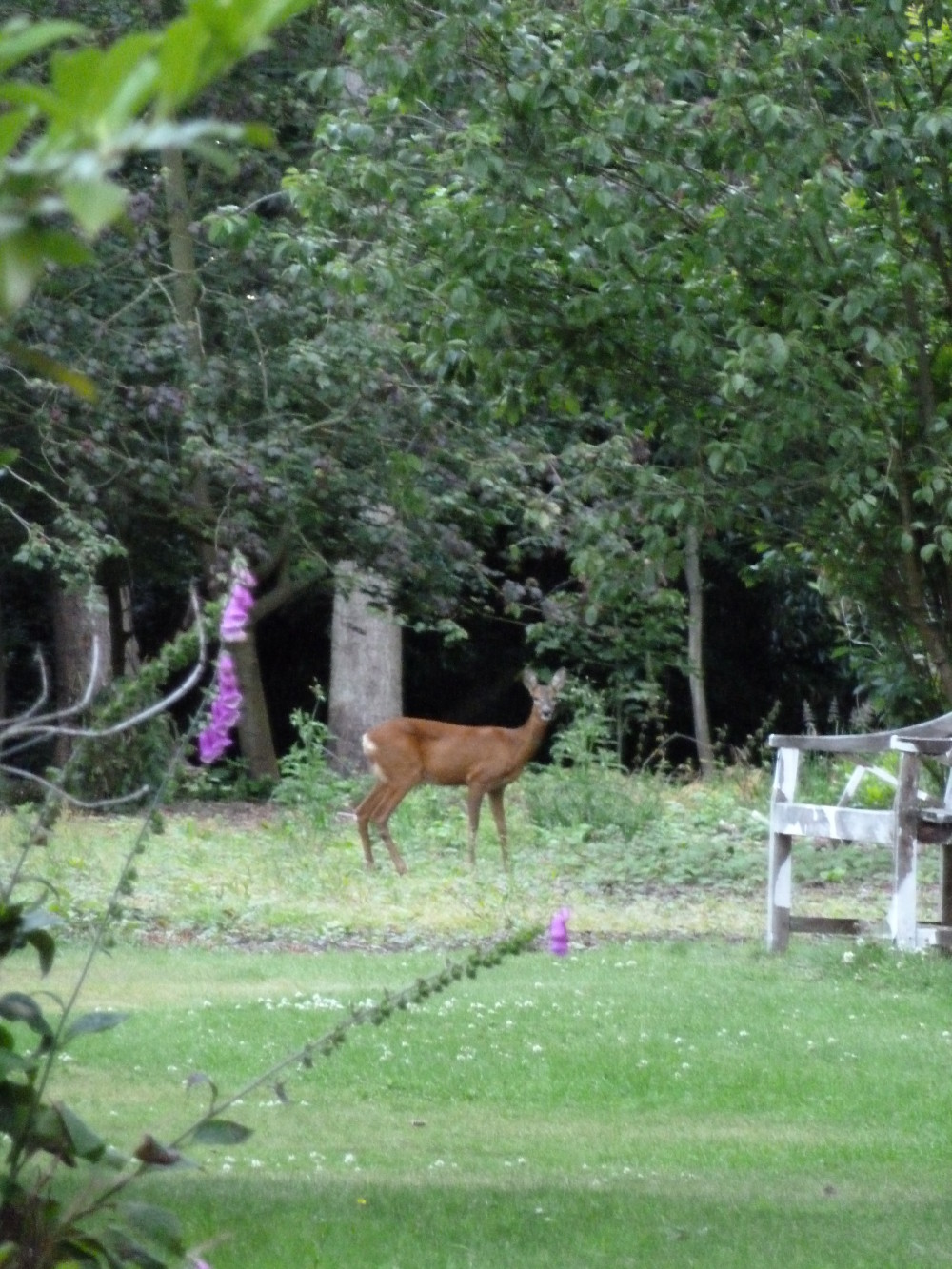 They’ve even eaten quite a lot of Yew which, again, is toxic.  Perhaps that’s why there are fewer of them this year than before?  I also hang very unattractive, but seemingly quite effective, balls of cheap, smelly soap, like Life Buoy or Shield, on the shrub and the smell keeps them away for a while.  Unfortunately, birds or mice eat the soap! 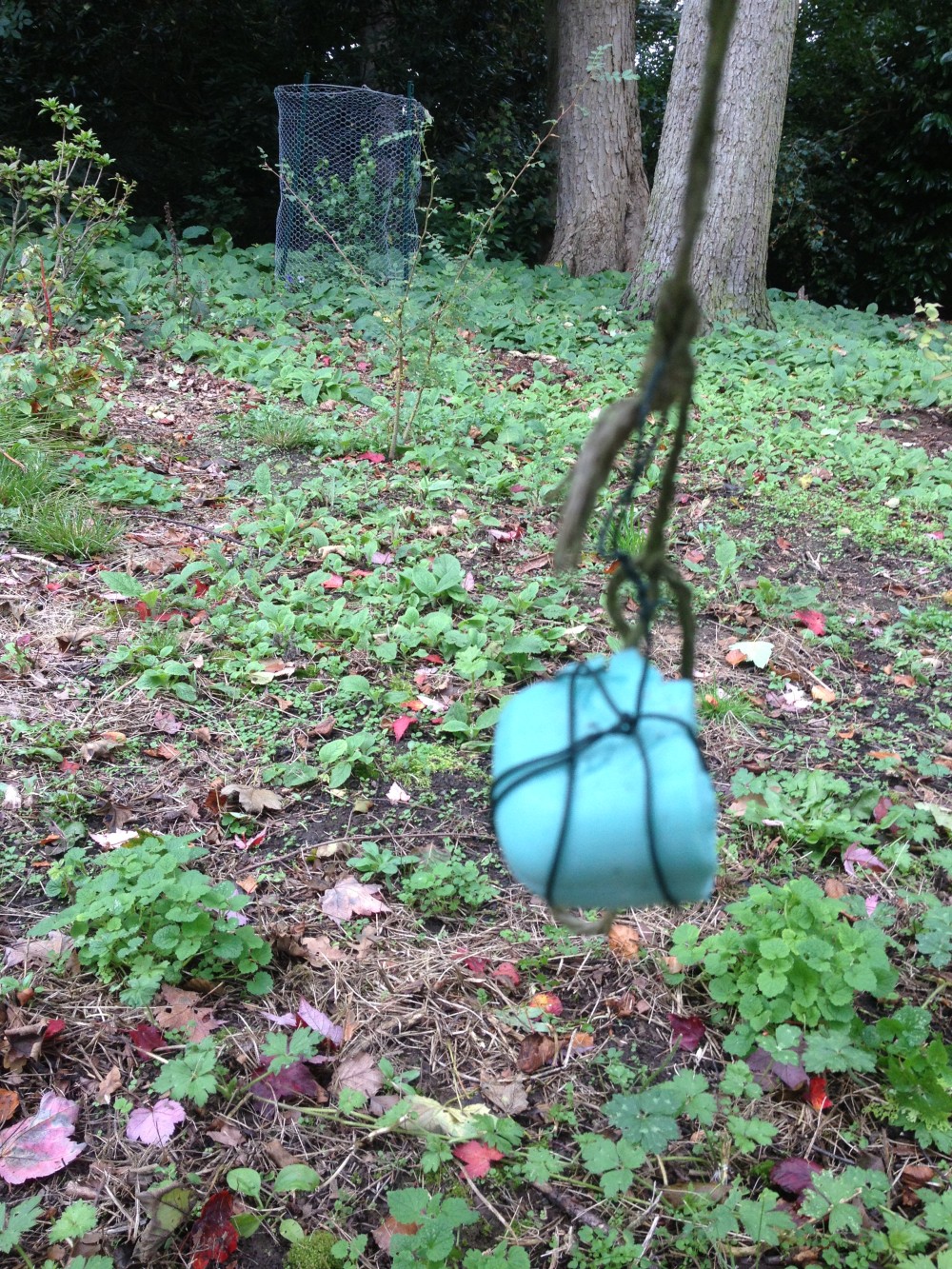 Back to articles
« Be creative with your clipping!

Click on the boxes below for our latest articles

Be creative with your clipping!

The planting in this tiny garden is looking great